Be The Winner – the power of emotions with WIŚNIOWSKI

In sports – just like in life – behind every success, there is someone’s support. Apart from hard work and talent, professional athletes and sports teams need the patronage of sponsors and fans who will motivate them to compete. This is why WIŚNIOWSKI launched the Be the Winner project, which connects athletes and fans in experiencing emotions in the world of sports together.

Fans constitute an inherent and most important element of sports events. Support coming from the stand gives the athletes a boost of courage and strength. Shoulder to shoulder with the fans are the sponsors and partners of the given team, who believed in the players’ potential and decided to drive one another to achieve the previously set goals. Without them, talent development, particularly at the initial stage, would often be impossible.
And what connects all these parties is emotions. Sport generates endless reserves of adrenaline, enhances the sense of community, and unites transcending any divides. As a sponsor of numerous sports events, and above all the Official Partner of Poland’s National Football Team, the WIŚNIOWSKI brand wants to intensify these emotions, unite the fans under one banner, and encourage everyone to practise sports. This is why it launched the Be the Winner project, thanks to which everyone can share in the sports experience and excitement.

Let’s experience these emotions together

Being involved in sports through the sponsorship of professional athletes, WIŚNIOWSKI wants to give the fans the opportunity to get closer to their sports idols. Success, going beyond the limits of one’s own capabilities, always begins with small steps. Be the Winner is a programme which is intended to inspire, encourage, and support everyone – the small and the big ones, amateurs and professionals – in their efforts. It is supposed to unite them at stadium stands and sports fields.
Experiencing emotions together is the greatest value that a sponsor can share with the fans. WIŚNIOWSKI shares these emotions during all the sports events in special fan zones, but it also wants the fans to share their impressions and their own success, little or great. For that purpose, it uses the social media, letting users publish their content in line with the Be the Winner slogan. This will help show the beauty of sport to an even greater extent and enhance the emotions that it triggers. And the teams for which WIŚNIOWSKI provides patronage generate a whole lot of them.

The power of the white and reds

Everything began with Poland’s National Football Team. The decision to establish cooperation with the national team resulted in the partners’ mutual success. With each match, the white and reds are gaining more and more recognition in the international arena, climbing up in global rankings and delighting the hearts of millions of fans. Since the UEFA Euro 2016 Championship, matches filled with emotions and fighting for every meter of the pitch, our footballers have surprised us in the most positive way on more than one occasion. Recently – with a series of victories in the 2018 FIFA World Cup qualifiers. It looks as though WIŚNIOWSKI’s partnership brings luck to Adam Nawałka’s team. The current line-up of the Polish team instils optimism – it includes players who polish their technical skills in the best Western European clubs, such as Borussia Dortmund (Łukasz Piszczek), AS Monaco (Kamil Glik), and Bayern Munich (Robert Lewandowski).
Polish football fans turned out to be an even greater discovery, standing firmly behind our footballers and cheering on them during matches both in Poland and abroad. They are an inherent part of the team, which is why WIŚNIOWSKI cheers on them as well. The brand shares emotions with the loyal fans of the white and reds in the social media, encouraging them to support the team together and organising football competitions with prizes such as national team gifts and gadgets and match tickets.

Partnership with a team of such prestige as the Polish National Team let WIŚNIOWSKI use the sport potential even more effectively and transfer the experience gained to the local community. Supporting the development of young talents and making it possible for them to improve their skills in the spirit of sports rivalry is basically a duty for a partner of the national team.
The brand took the youngest sports enthusiasts from the Sandecja Academy (Akademia Sandecja) under its wing. The school is connected with the newcomers to the Ekstraklasa league – the Sandecja Nowy Sącz team. The Academy has nearly 300 players from Nowy Sącz and the surrounding region. Little footballers from Krynica-Zdrój, Szczawnica, Limanowa, and Gorlice attend the school. As the Strategic Sponsor of the Sandecja Academy, WIŚNIOWSKI will support the club in raising a new generation of well-trained players.
“Signing the contract with the Sandecja Academy is yet another step to making use of the region’s potential. The Academy offers young players professional coaching and the opportunity to develop from a broader educational angle: instilling discipline, principles of cooperation, and healthy rivalry. We are convinced that together we can make proper use of these young footballers’ potential and help them improve their skills, which may help us discover new talents that will become football stars of global stature in the future,” says Irmina Długopolska, Sports Marketing Specialist at WIŚNIOWSKI.
The Sandecja Academy is not the only initiative supported by WIŚNIOWSKI. The group of events sponsored by the brand was expanded by the U-10 International Sokolik Cup in Stary Sącz. The tournament welcomes young footballers from all over Europe. Its participants include the youngest players from the football schools of well-known and highly regarded clubs, such as: Liverpool FC, AS Roma, Hertha BSC, FC Dynamo Kyiv, Juventus FC, Legia Warsaw, Lech Poznań, and Wisła Kraków. Their matches are accompanied by no less emotions than those held at the world’s largest stadiums.

A sport for everyone

The Be the Winner project does not only involve the support of athletes, but also encourages fans to take up physical activity and lead a healthy lifestyle. This is why another key discipline sponsored by WIŚNIOWSKI is running. More and more people take to this type of exercise and discover that even with little experience, it is possible to be successful, also on the smaller, personal scale. Running helps increase self-esteem, strengthen character, and release emotions identical to those experienced when watching sports events. Here, everyone can become an athlete and overcome their weaknesses.
In order to contribute to the promotion of this sport, WIŚNIOWSKI supports running events – both the smaller, regional ones and large marathons. The most important initiatives include the Życiowa Dziesiątka run (Personal Best 10K Run) held every September in Krynica-Zdrój as part of the Running Festival and Bieg Po Oddech (Run for Breath) in Zakopane dedicated to people suffering from cystic fibrosis and aimed at increasing awareness of the condition. Such initiatives are a great example showing that there are no limits to sports and each of us can be the winner.

Why it is worth supporting sports 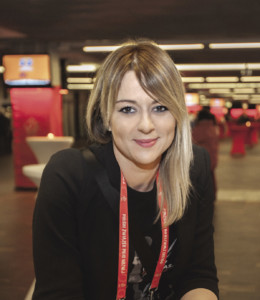 Why is it worth investing in sports?
Sports sponsorship in Poland is worth more and more each year. It is currently estimated at PLN 2.5 billion, and the amount is expected to double within the next two years. Brands increasingly notice the benefits from supporting athletes. Establishing cooperation with athletes helps draw the fans’ attention to the given brand, and its participation in sports events and active support contribute to building a positive image of the brand and makes it more likeable, which is later reflected in sales results.
This does not apply to the most popular sports only. Niche disciplines can also get the fans going, and their uniqueness makes them an interesting distinctive feature. An example close to the WIŚNIOWSKI brand may be the second-league rugby team, Biało-Czarni Nowy Sącz, which is spreading its wings under the brand’s patronage and has a group of loyal followers.